Turtles On My Mind

This time of year my thoughts often turn to turtles on Lake Champlain. The northern portion of the lake is home to the spiny softshell turtle, endangered in Vermont. In early fall, as they begin to gather at their hibernation spots, I could sometimes see them basking along the shoreline on a sunny rock. They are pretty shy. There are lots of other turtles on Lake Champlain and I often saw them basking in the sun during the summer, but seeing the spiny softshells was a rare treat. 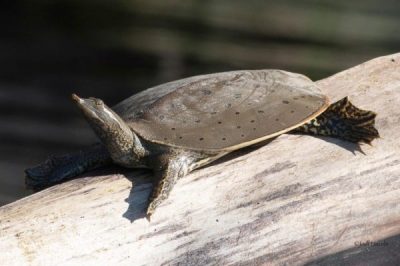 Vermont Fish and Wildlife (VT F&W) considers the spiny softshell to be a species of highest conservation concern. According to the spiny softshell turtle page on their website, there are less than 300 of these turtles in Lake Champlain. They are found only on the Vermont side and no other populations have been found in New England or Quebec. VT F&W and their partner, ECHO at the Leahy Center for Lake Champlain in Burlington, have worked for many years to protect spiny softshell habitat and nesting sites.

Each fall, VT F&W hosts a nesting beach clean-up to remove debris and trash that make it hard for spiny softshells to dig their nest holes. Along with volunteers, they monitor nesting sites and protect nests from predators.The ECHO Turtle Headstart program takes in baby turtles that hatched too late or otherwise got off to a poor start. The babies get to spend the winter inside at ECHO and are released in the spring when they are more likely to survive in the lake.  My favorite spots at ECHO were the baby turtle tanks and especially the plexiglass turtle viewing tank. The viewing tank was built so you could stick your head up into the tank and watch the turtles swim past your face. Even though it was designed for kids, I made sure to visit it whenever I could 🙂   Watch WCAX’s segment on the Turtle Headstart Program below.

This time of year, turtles are moving towards their winter hibernation waters, if they aren’t already there. During the spring and summer, they move away from water to nest and find food. Some, like wood turtles, spend much of the summer away from water. All need to find the right place to spend the winter. Like all cold-blooded animals, their metabolism slows as the temperature drops. This makes it difficult to go about their normal daily activities, so they brumate. Unlike hibernating animals, turtles can still move around while in winter brumation, but verrrrry slowly. All bodily functions slow, they hunker down, and wait for warmer months.

Painted turtles, common in Vermont, have been shown to be able to overwinter in some of the toughest conditions the north country can throw at them. According to the Nature Conservancy, lab experiments have shown that painted turtle adults can survive for more than 100 days in water without food or oxygen. In the wild, they may need to last as long as 6 months in far northern waters. (Read more about painted turtle winter survival skills here.) Painted turtles can sometimes be seen under the ice, sitting on the bottom.

Turtles everywhere are endangered. Their preferred habitat is disappearing or being built up with homes and roads. They get run over by vehicles and killed by dogs. People capture them for pets or bring them home to show the kids, then turn them loose in the backyard. A turtle far from home may survive, but they won’t be producing any babies to keep the population growing.

Help your local turtles by: 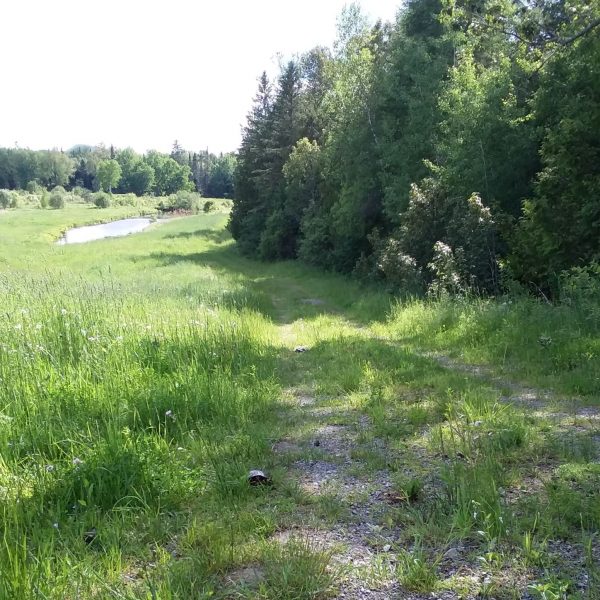 Painted turtles building their nest on a small road. There are two – can you find them? Photo: A. Shambaugh

Here are some great reads about turtles and local turtle protection: