Meet the Neighbors – Introduction to the Algae

Lots of ‘folks’ live in and around Vermont’s lakes and ponds – not just the human ones that we tend to know best, but the furred, feathered, finned, and photosynthetic too. If you’ve read past blog posts, you know that I have a theme called Lakes 101 which focuses on the physical and chemical processes that happen in lakes. Today, I’m introducing another theme – Meet the Neighbors – that will focus on the non-human neighbors sharing our waters.

Today’s post is about the algae, neighbors near and dear to my heart. These photosynthetic organisms often get a bad rap, but they are essential to life in lakes and ponds. All neighbors, human or not, depend on the algae in ways that we may not realize.

Algae is a general term used to describe a very large group of photosynthetic organisms found in water and wet environments. Algae harness the energy of the sun to grow and reproduce. They use a variety of pigments like chlorophyll, phycocyanins, and xanthins to capture energy from the sun and turn it into the food they need. The aquatic food web, like the one on land, centers on photosynthetic organisms (also called ‘primary producers’). Except in rare cases, everything that is eaten by a non-photosynthetic organism comes originally from a primary producer. The process of photosynthesis also releases the oxygen that we breathe. Life as we know it now came about because of photosynthesis and we continue to need our green ‘neighbors’ for healthy waters.

Algae are divided into many categories based on their lives and physical structure, including where they live, the kind of pigments they have, internal cell organization, and how they reproduce. We are continually learning new things about them. As a result, names and taxonomic relationships between the algae frequently change, which can be confusing. Luckily, we don’t need to know exact taxonomy to appreciate our algal neighbors.

Life for the algae is all about finding building blocks for their food – sufficient sunlight, phosphorus, nitrogen, and other elements – and avoiding being eaten by their many predators. If they can manage this, then they can successfully reproduce and keep their species going. Of course, the different species of algae need the same building blocks and so do aquatic plants, the other primary producers in lakes and ponds.

There are an amazing number of ways that algae have figured out to beat the competition. They grow at different times of the year (seasonal succession), have physical traits that make it possible for them to keep from sinking, and can even exploit the subtly different forms of nutrients found in the water. This means that there is great diversity among the algae in shape, color, size, mobility, and more. In upcoming posts, I’ll dive a little deeper into the major freshwater algae groups and tell you more about what make them unique. In the meantime, browse through these sites to get a feeling for the incredible number of algae that are out there: 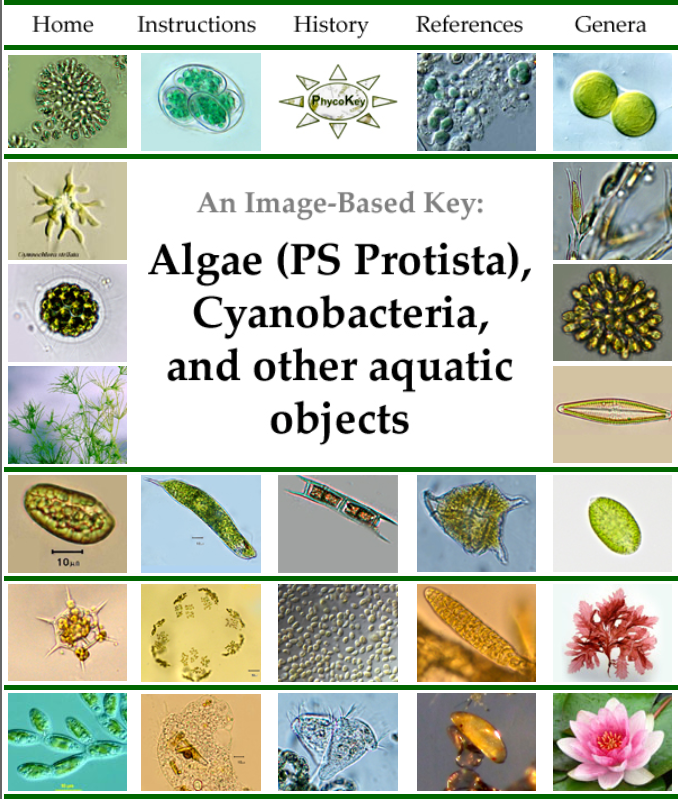